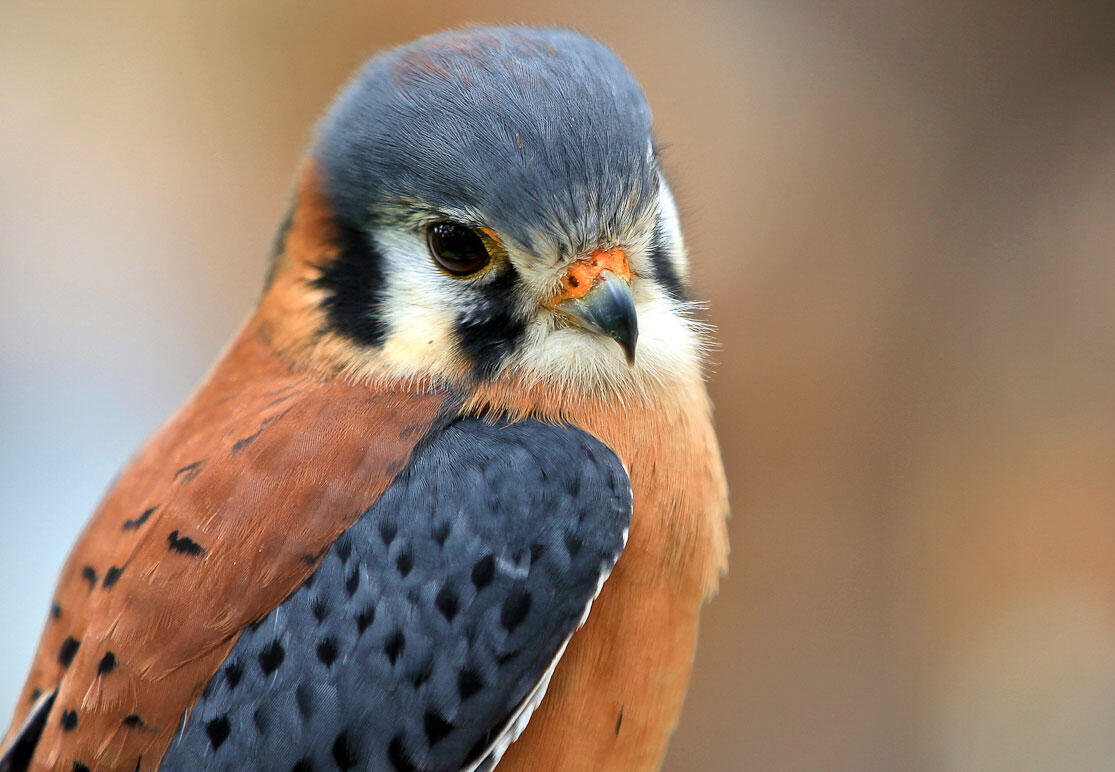 This charismatic little falcon is in decline across North America and has been so since at least the 1960s. Scientists do not yet know why.

The American Kestrel is North America’s smallest and most colorful falcon, and many adore kestrels for their lovely plumage and big personality. The American Kestrel’s Latin name, Falco sparverius, means “Falcon of sparrows” - a reference to this falcon’s habit of occasionally taking small passerines as prey.

Why install and monitor nest boxes?

Research shows that nest boxes aren’t a golden ticket to American Kestrel conservation. However, since the cause of kestrel decline is still unknown, data from nest monitoring programs are extremely valuable to helping uncover the mysterious cause(s) of the decline.

Thank you for your interest in participating in this exciting partnership between the NYSFA and the American Kestrel Partnership (AKP), a project of the Peregrine Fund. The AKP is “a network of citizen and professional scientists working to collaboratively understand kestrel demographics and advance kestrel conservation.”

This charismatic little falcon is in decline across North America and has been so since at least the 1960s. Scientists do not yet know why. Reasons for population declines that have been suggested include land use, climate change, depredation by Cooper’s Hawks and other birds of prey, competition with European Starlings for nesting cavities, and environmental contaminants such as rodenticides, heavy metals, and brominated flame retardants (used in electronics and textiles). However, there has been no scientifically rigorous evidence to support any of these hypotheses. In reality, researchers do not have sufficient data to understand why these long-term, wide-spread population declines are occurring.

How you can help…

By installing and monitoring a nest box, you are providing valuable data to researchers, even if kestrels do not inhabit your box. It is important to note that if you choose to install a nest box, it is imperative that you commit to monitoring it. An unmonitored nest box can actually be detrimental to the kestrel population. Your nest box may be inhabited by a species other than the American Kestrel; some species are desirable, others are not. See the reverse side for more information about other species.

Here are plans for an appropriately constructed American Kestrel Nesting Box. The NYSFA has nameplates available with our organizations contact information. Simply email our board to inquire about availability.

Be sure to spend some time on the American Kestrel Partnership website: https://kestrel.peregrinefund.org for lots of information about kestrels and the nest box monitoring project.

Other visitors to your nest box…

From the AKP website:
European Starlings are an invasive pest species, and nest competition with starlings is one of the hypotheses for why American Kestrels are declining. As a non-native invasive species, they are not protected under the Migratory Bird Treaty Act. If starling activity is noted in nest boxes intended for American Kestrels, it is ideal to remove and dispose of starling nest materials and eggs. It is most effective to trap the adult bird in the nest box, but removing nesting attempts is helpful as well. One can also trap European Starlings using inside-the-box traps or bait traps, as long as they carry no risk of harming native species.

If you are uncomfortable with removing starlings or their nests, you can also shake the starling eggs roughly for about sixty seconds, which addles them and renders them a failure. Then you can leave them in the nest box so that the adult female bird continues to use reproductive energy while having no hatching success. This method also prevents that same starling from taking over a different nest box or potentially preventing the starling from trying again, although this also prevents an American Kestrel from using the nest box.
Other cavity-nesting birds, such as Screech Owls or Bluebirds, may use the nest box. These are federally protected native species, so they must be left alone. It is illegal to destroy the adult birds, nests, or eggs of native bird species. If you suspect European Starling activity in your nest box, be sure of your bird ID before you remove the nest or adult bird.

Non-kestrel species are more likely to use kestrel nest boxes if the placement is not ideal for American Kestrels. Placing nest boxes too close to woodland, tree cover, or areas with little open space makes it more likely